Have you heard? They are dying of cold in Syria

Death stalks the ruined Syrian cities and towns, death dances with the winds, the rains and the snow. It is fine with us. We are not asking you to shed teas. Only people with hearts shed tears. Compassiuon does not need prompting. But whatever you and I do or do not do, we are complicit in the crime of the century.

Death Stalks the Syrian refugee camps as the snows fall and the winter screams in the wilderness. Babies freeze to death and old men and women shiver their lives to icy nothingness.

She cried, extending her hands to a grim silent heaven: must I freeze to death? 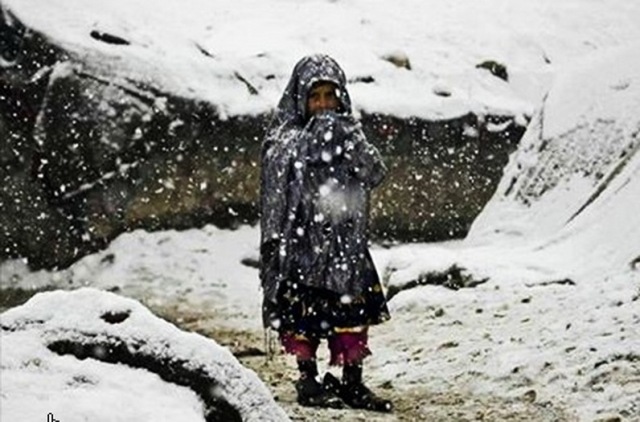 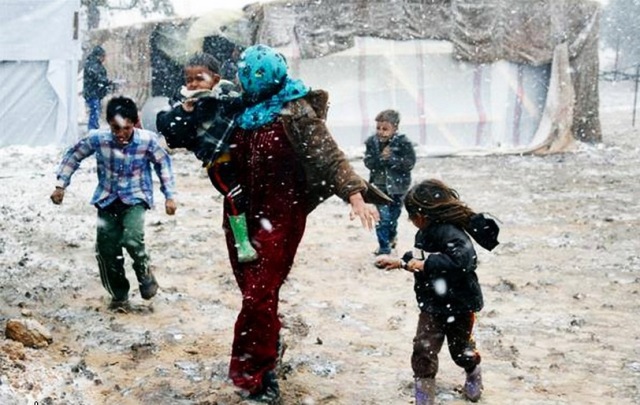 What is a more fitting coffin for a child who died in the cold but an open grocery box and who should mourn him but another child in the refugee camp of children? 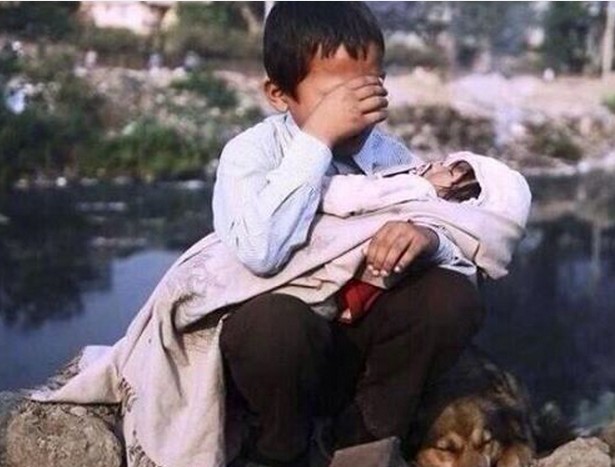 And don’t forget the donkeys. they die of the cold too. They freeze to death

I am an artist, a writer and a researcher. I know Arabic and English . I am interested in music and art of every description. I like to describe myself as the embodiment of a harmonious marriage between two cultures which I value and treasure.
View all posts by alisariram →
This entry was posted in Alisar Iram's art, Death, Extreme weather conditions, Images, Refugee camps, suffering, Syrian people, Thew Children of Syria starve, Winter and tagged Alisar Iram's art, Extreme weather conditions, Freezing winter, Images, Lack of fuel and heating, Refugee Camps, suffering, Syria, The children of Syria, Victims. Bookmark the permalink.