Manual in images: How to destroy your cities and annihilate your people by Bashar Al Assad

Posted on February 5, 2014 by alisariram

While Geneva 2 was in progress and Muallem lecturing the world about terrorism, Assad’d army launched some of its most horrific attacks on the Syrian civilians in Aleppo and Daraya (Greater Damascus). Barrel bombs, with unknown varieties of explosives but including T.N.T., were dropped on cities, not sparing mosques, churches or landmarks. The resulting destruction of stone and man is so horrendous and monstrous as to defy the imagination. The trail of untold suffering and destruction left behind, drove me to imagine the existence of such a manual as I mentioned in the title.  It is a methodical destruction, the one launched by Bashar, calculated, premeditated then  executed on an industrial mass scale with the kind of thoroughness that beggars description.

How to use barrel bombs and others effectively

Note that barrel bombs ,with their inventive  mixture of explosives, create pretty artistic effects when dropped on people and buildings. Anybody can produce death but to produce polychrome death is special.

Daraya: the art of bombing with barrel explosives 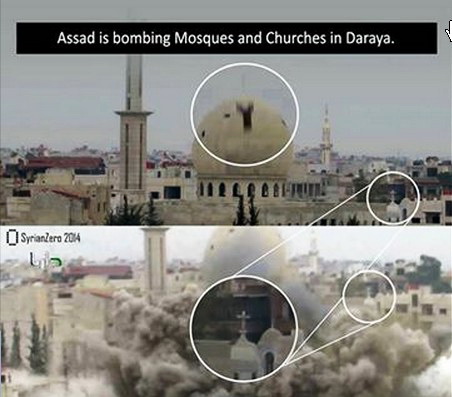 How to dig up children and others in the aftermaths of the very effective barrel bombs. You can see for yourself how effective they are

Digging people and young children out with the bare hands

The barrel bombs are very thorough 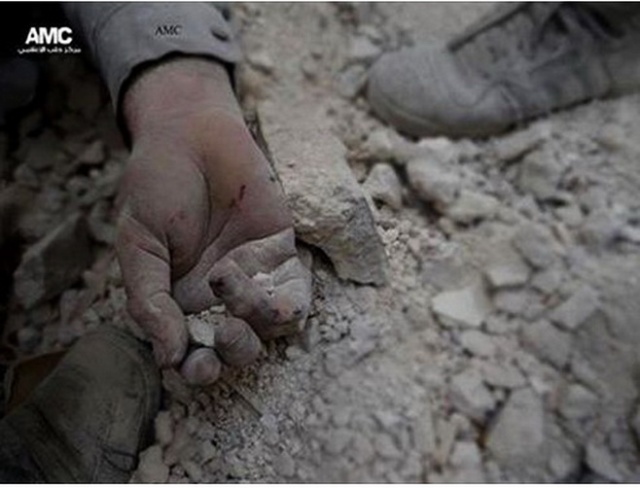 Cities and houses get destroyed , so what ? This is the purpose of the exercise. Annihilate as much and as many as you can. They are all terrorists. Do not spare the children because they will grow up and become terrorists.

There are people under

The young and the old are in the way

Starvation takes longer but it is very effective 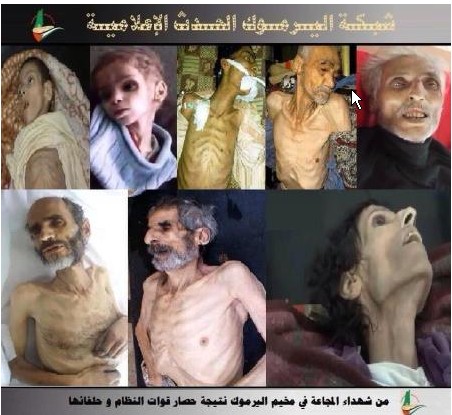 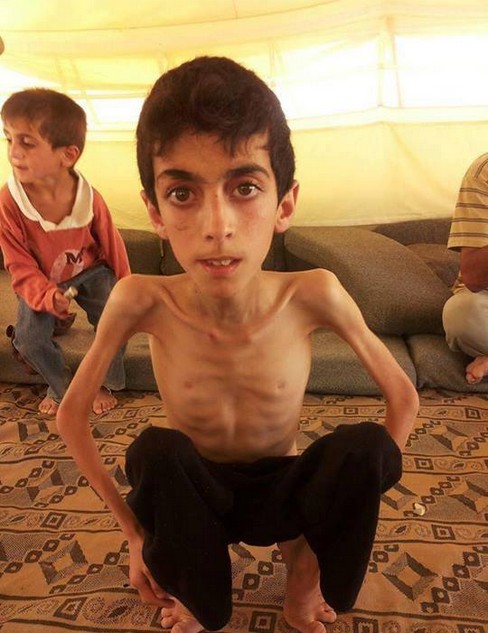 Mercilessly, reduce people to waiting for their daily bread. Below, Yarmouk Camp 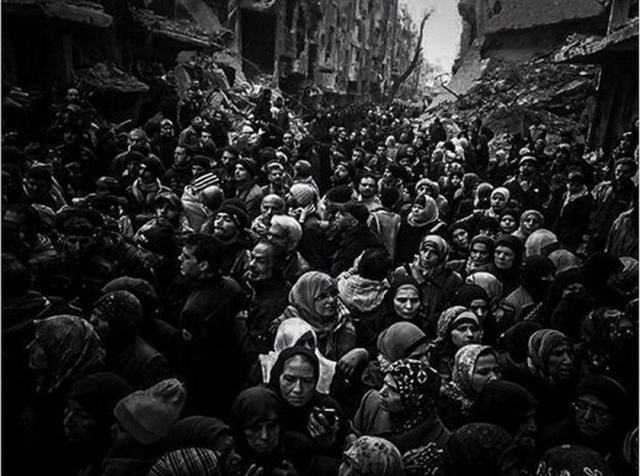 All images were posted by activists and citizen journalists to

Some images  were taken after earlier bombings.

I am an artist, a writer and a researcher. I know Arabic and English . I am interested in music and art of every description. I like to describe myself as the embodiment of a harmonious marriage between two cultures which I value and treasure.
View all posts by alisariram →
This entry was posted in Alisar Iram: articles and notes, Barrel bombs, Bashar Al-Assad, Bearing witness, Children, Civilization, Daraiya, Death, Destruction, Ghouta of Damascus, Images, Starvation in Syria, suffering, Syria, Syria war crimes'evidence, Syrian army, Syrian people, Violence and tagged Aleppo, Alisar Iram: articles, annihilation, barrel bombs, children, Daraya, starvation, suffering, Syria, syrian regime, The Syrian people, unspeakable acts, Victims, Videos, violence, Yarmouk Refugee Camp. Bookmark the permalink.